Orion are one of the most well known names in the amateur astronomy industry, so it’s not surprise that this refractor is one of the more popular models available. It has a 90mm aperture, which although is fairly small, doesn’t mean you should completely avoid even considering this one. There are definitely some good things to think about when looking at this model, and we’re going to run through both the good and the bad.

So, we know that cheaper refractors tend to suffer a little bit when it comes to magnification, and I guess that’s true here too. However, I’d advise that you use this model with a good Barlow lens and even match that up with an eyepiece too, which can help to make up for any loss in magnification. This telescope can be bought for around the $300 mark, which means that it makes it one of the best telescopes for under $500. 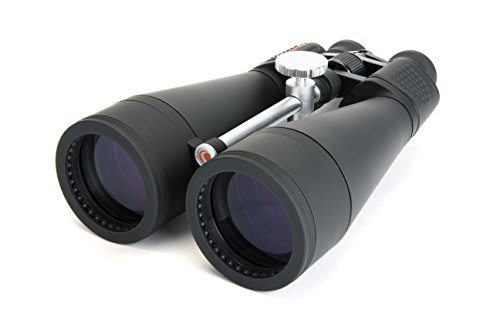 Celestron – SkyMaster 20X80 Astro Binoculars – Astronomy Binoculars with Deluxe Carrying Case – Powerful Binoculars – Ultra Sharp Focus
$157.99
Buy Now
We earn a commission if you make a purchase, at no additional cost to you.

The telescope comes with two different sized eyepieces for you to use, which are the pretty standard sizes of 10mm and 25mm. When you use them with the telescope, you’ll be able to see planets at a closer detail, although this isn’t the best telescope if you’re looking for high levels of detail. It also comes with a focuser too, which is definitely needed when you’re using it. But as well as the accessories, the performance is important, so we’ll look through the pros and cons of the telescope.

All in all, I do think that this refractor is pretty good value for money. It’s not the most powerful telescope out there, but it will enable you to see the moon and stars – though maybe not in as greater detail as you’d like. However, you get a wide field view that is pretty perfect for getting to grips with your first telescope, so it could be a good option if you’re looking for an alternative to your current reflector at home.