Phoebe is one of the most interesting moons that orbits the planet Saturn. It orbits it at a very far distance – the furthest out of any of the major moons of Saturn. For many years it was thought that Phoebe was a stray asteroid that somehow made it’s was into Saturn’s gravitational pull. However, … Read more Dione is one of the moons that orbits the planet Saturn. It is the fifteenth largest moon in our solar system, and one of the four moons discovered by Giovani Cassini (the others being Rhea, Iapetus and Tethys). It was founded more than 330 years ago, and is interesting because it has an atmosphere made … Read more When looking at the moons of Uranus, you can’t look past Ariel. It is one of the largest moons orbiting the planet, and like the other moons, it suffers from Uranus’s positioning and long time it takes to orbit the Sun. This results in long seasons for each side of the moon. Lets look at … Read more Titania is known for being the biggest moon that orbits the planet Uranus. It has a much higher density than most of the other Uranian moons, which leads us to believe that although it is made up of a lot of ice, there are heavier substances in it’s core too. Let’s look at some facts … Read more Umbriel is an interesting moon which we haven’t got a lot of information about. It’s one of the larger moons orbiting the planet Uranus, and it’s the darkest of it’s moons too, making it difficult to see it’s surface clearly. Let’s look at some interesting facts about the moon Umbriel. Umbriel Moon Facts Umbriel has … Read more 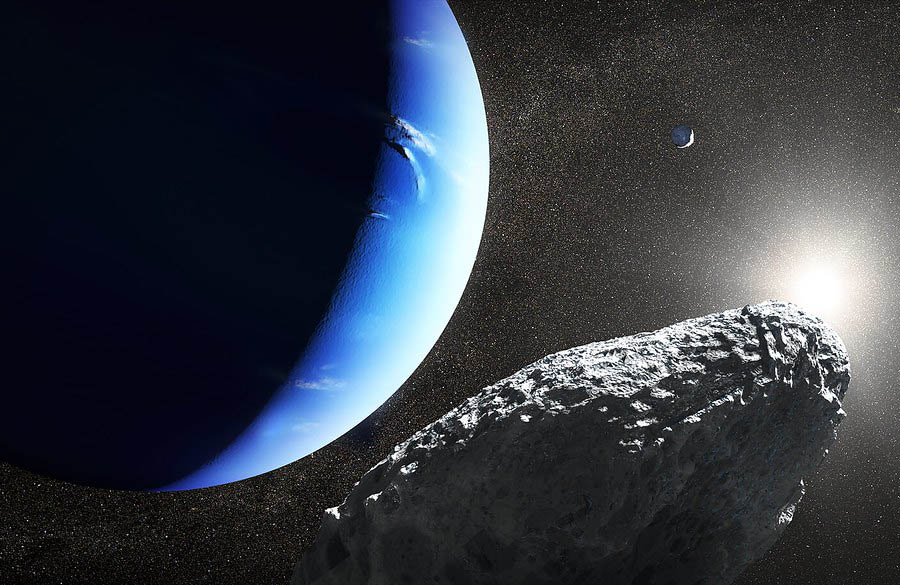 Hippocamp is the smallest moon that orbits the planet Neptune. Not much is known about it, as it has avoided spacecrafts for decades. In fact, we didn’t even know it existed until 2013! Either way, it is an interesting moon, largely due to it’s size. So, let’s look at some Hippocamp facts and learn more … Read more Triton is known for being the largest moon orbiting the planet Neptune. It is the largest Neptunian moon and the seventh largest moon overall, making it larger than Uranus’s biggest moon, Titania. Triton has some unique feature which make it a little different to the other moons. Let’s look at some of the facts about … Read more Callisto makes up one of the four Galilean moons of Jupiter, along with the massive Ganymede, fiery Io and smooth Europa. But what makes Callisto unique and sets it apart from the others? Well, lets look at some facts about Callisto to learn exactly what this moon is about. Callisto Moon Facts Callisto has a … Read more If you’re learning about Jupiter, then you’re often going to come across it’s moons. But with so many of them, it can be difficult to know where to start! Europa is known as one of the four Galilean moons of Jupiter – it is the smallest of them but it’s still quite a sizeable moon. … Read more